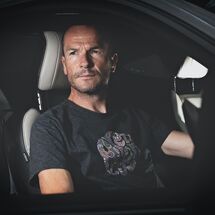 Jason has been a keen photographer since the age of eight, at this age he moved to Maidstone with his parents in 1979, with local motor sport venue Brands Hatch a short journey up the road he attended numerous meetings at weekends and was soon purchasing his first 35mm SLR after seeing his father with his Canon AE-1 (still going strong to this day). It was his dream back then to be a professional photographer.

In 1987 Jason left secondary school and wanted to apply for a full time photography course but did not have the O level qualifications that they required. He then went in to retail where he sold cameras, and in 1996 went in to the motor trade where he was involved with his love of cars. Skip to April 2005 and Jason took the plunge and set up his own business, his first commissions were ironically for sponsors of two motor sport teams that he had been following around the country.

He has had his own work exhibited in London and extensively around Kent. He is the photographer of choice for a number of leading companies as well as being a prolific contributor to a number of national magazines & newspapers, including automotive magazines BMW Car, Fast Ford, Performance Mini and Street Machine as well as a contributor to Professional Photo magazine. In September 2008 he was featured on BBC1 television which covered a story about his exhibition at Canterbury Cathedral, the exhibition took place during October and November. The project also culminated in Jason's first published book "A day in the life of Canterbury Cathedral" which was retailed through Canterbury Cathedral & Waterstone's book stores.

Jason has also been a lecturer at Christ Church University where he taught on their photography degree course, and now is an associate lecturer at the University of Kent where he has been teaching for the last six years on practical photography and commercial practice. He has also covered the Full Monte super car road trip down to Monte Carlo, the charity supports the Teenage Cancer Trust and local Kent based charities. The event has seen Jason work in France, Switzerland, Germany, Italy, Switzerland and Monaco. He also runs successful car photography training courses at the historic Goodwood motor circuit in west Sussex. In March 2013 he was awarded a runner up prize in the prestigious Professional Photographer of the Year awards for his image "The Driver" in the Fashion and Beauty section and in 2014 was a finalist in the News and Travel photography sections.
Next
Previous